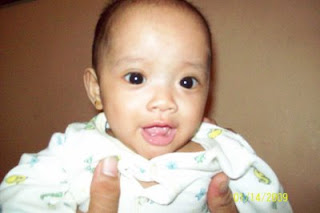 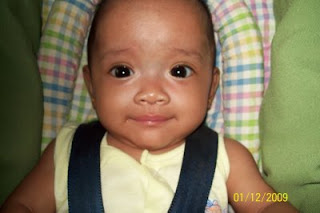 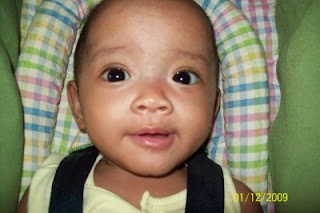 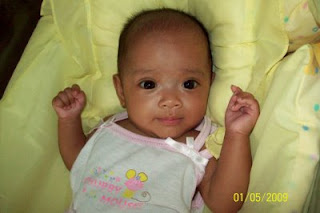 Who is Preemie Girl?

Last year, in mid-July, a woman was brought DOA to the emergency room of the provincial hospital. Her severely premature baby miraculously survived but was brought to the hospital 6 or 7 hours after birth. Her mother was previously admitted to the hospital's ICU due to hypertension and was closely monitored for several weeks.  She was relatively in a stable condition and the doctors were waiting for the baby to become more viable before doing a caesarian section, but the family decided to go home.  She eventually delivered at home and died due to severe postpartum bleeding.  The baby developed acute respiratory distress syndrome and was not expected to make it.  Because this was a public hospital with limited resources, she was not getting the kind of care severely premature babies like her should have. Some mothers nursing their own premature babies would give her their milk and help take care of her. Initially I really did not take much interest in her...the first time I saw her, she was only a bit longer than my hand and I thought, this baby is not going to make it. But lo and behold, she survived!...so that eventually she became well enough to be transferred to the pediatric ward. The nurses in the pediatric station would take turns in taking care of her and soon she was everybody's baby. Of course, being critically ill, she was given emergency baptism earlier and as usual, the staff took liberty with my name (as they are wont to do so every time they needed a name for someone in the hospital, LOL) and that of the hospital's Patron Saint, Therese of the Child Jesus. So Preemie Girl was named...Maria Estrella Therese, nicknamed Ella.  As she continued to thrive, donations from doctors and nurses came pouring in and babysitting for her was divided among the different hospital areas, including myself. I would take the 10 AM-3 PM shift before passing her to the Laboratory Department in the afernoon!  The Provincial Social Services tried to locate her father but was unable to do so and she was declared abandoned.  Then one day, he suddenly appeared in the hospital with a well-dressed lady in tow.  Preemie Girl was a little over 3 months old by this time and about a week before, she was featured in the daily afternoon TV newscast with the USLS medical students who had a televised activity in the hospital.  The hospital social worker and myself talked to the father, asking him why he never came back...and he said he had no money. We all felt that this was just one reason but the truth was, he never really expected the baby to survive. I asked him, what if the baby died? Who would bury her? Where will she be buried? He had no answer. I asked about the woman with him.  He said, this lady was a former employer who called him and offered to help him with the hospital cost.  From our conversation, I knew he was lying and that he had already made a deal with the woman to get the baby in exchange for paying the hospital and himself too.  I told him that the baby is now under the care of social services and we could not just hand her over to him since he and his family literally left her for dead and never once visited to check on her condition.  I then told him to get the woman who offered to help because I wanted to talk to her. But, the woman never did; in fact they both left without taking leave!  The hospital staff upon learning of their presence went into a panic and crying mode but I assured them that we will not hand over Preemie Girl to anyone since she was still too small and weak to be brought home. That was in early October.  According to the ward nurses, he came back about a week after but was only allowed to view the baby.  That was the last we have seen of  him.  The last we heard, he left his minor children to the care of his in laws and has remarried and moved to another town.

Last December 2008, I decided to bring Preemie Girl home for a "share-a home" visit during the holiday season for. Well, the share-a-home became more of a stay-at-home thing.  My family and I have decided to foster her with adoption in mind.  Bringing her back to the hospital was no longer an option for me and my family. It is a fact that the hospital environment is not a good one for a relatively healthy premature baby to be in.  She will be high-risk for infection being exposed to all kinds of illnesses.  Also, I learned that after office hours when she is returned to the ward, the staff on duty is so busy that they cannot feed or change her on time.  This is probably the reason why after 5 months she is still only a little more than 3 kilograms.  Now, after only 2 weeks with us, she had a 1.5 kilogram weight gain!  Taking care of Preemie Girl has created a huge dent on our budget and routine, but the miracle that she is makes it all worthwhile....what is important is that this beautiful baby has been blessed by God and all of us who have taken care of her have been blessed as well.  She has turned our home routine topsy-turvy, but my mother and Big Brother  are only too happy to have her with us adding joy to our daily life.  We welcome her to the family where she is not only wanted but also very much loved.

I have to end now...Preemie Girl is asking to be fed :)