Showing posts with the label medical missions
Show all 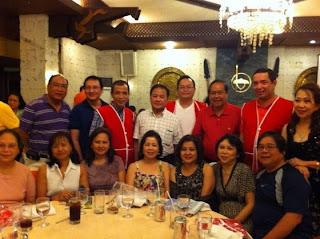 Last January 23 to 25, I joined a medical-surgical mission organized by classmates based in Indiana, USA.  The last time I actively participated as a volunteer in the medical part of a mission was probably more than 20 years ago. And frankly, this time was an eye-opener for a hospital based health professional like me. Not that missions are rare experiences for me, on the contrary, the hospital I was connected with is a regular venue for surgical missions , in fact it has a waiting list of groups wanting to hold one there and reservations are made as early as 2-3 years before the actual date. But I have never been an advocate of medical missions since I believed that people came not because they are really sick but to get the free medicines.  However, seeing the thousands of men, women and children who came to Dumangas, Zarraga and Janiuay, waiting for hours to be seen by a doctor, I had this nagging question.  Is it really just for the medicines or was there a real need by these pe
1 comment
Read more
More posts