Showing posts with the label residences
Show all

How To Live The Sweet Life in Negros Occidental 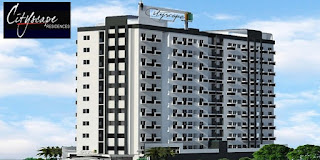 Negros Occidental comprises one of the two provinces of the recently created Negros Island Region, the other being Negros Oriental. I have been to many provinces and cities around the country but I dare say that Negros Occidental is indeed the sweet spot in the Philippines.  Being a native of this place, people will say I am biased. Well, perhaps I am, but it is also a fact that in a country with wet and dry spells, with typhoons and heavy rains on one hand and drought on the other bringing havoc to everyone's life and property, Negros Occidental is blessed with relatively good weather the whole year round.  This is only one of the many reasons why it is consistently voted as one of the best places to live in the country. In fact, Bacolod City in Occidental Negros was voted the most livable city in the Philippines by MoneySense Magazine in 2008, while Dumaguete City, capital of Oriental Negros has been listed in 2015 by Huffington Post as one of the best places to retire in t
Post a Comment
Read more
More posts