Showing posts with the label festival
Show all

- October 01, 2013
The 2013 Masskara Festival is under new management!  This is the 33rd year of the festival and the new organizer is the Kasadya Bacolod Foundation, Inc . led by its chairman and MassKara Festival Director Mr. Rhoderick Samonte, who according to news feeds, has said that they are working with a minimum budget but, they will try their best to make this year’s festival distinct from past festivals.  For one, they are returning the Trini Lopez Medley , which was used first in 1988. Admittedly the latino medley is very upbeat and rhythmic, but the original music created for last year's Masskara had a distinct local beat and is Bacolod's own. And so, I think the 2012 music should have been retained, given some improvement and remixed.  Listen to both versions which I uploaded below and let me know what you think.
Post a Comment
Read more

Although I live in Silay, I don't attend the Charter Day celebrations every 12th of June, due to the fact that I am not really a fiesta person and I live far from the city center where all the activities are happening.  But this year, my family and I decided to watch the Hugyaw Kansilay street dancing competition scheduled at 2 PM. We left the house early to find a good parking space and it was a wise decision since traffic was closed by then.  I must say, it was an exhilarating experience watching the participants swaying and dancing to the vibrant beat of the music of "Hugyaw Silay".  All sixteen barangays of the city participated in the competition with Barangay Guinhalaran emerging as the winner.
34 comments
Read more 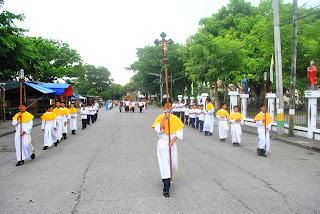 Traditionally, Flores de Mayo (Flowers of May) in the Philippines is usually equated with a Santacruzan Festival or a procession of "sagalas" with their consorts.  However, the real essence of the Flores is that it is a festival that is held for the whole month of May in honor of the Blessed Virgin Mary, while a Santacruzan refers to the pageant on the last day of Flores de Mayo,  where pretty young ladies (usually from prominent families) dressed in traditional Filipino attire are paraded to represent the different virtues of the Blessed Mother. An Hermana Mayor, usually someone from the community or barangay takes care of the whole procession where devotees follow the statue of the Blessed Virgin Mary praying the rosary and singing songs.  The Santacruzan was practiced more in the Tagalog provinces of Luzon than in the Visayas and Mindanao. And perhaps because of it's extravagance, this more than a hundred-years old cultural tradition done in honour of St. Helena (kno
1 comment
Read more 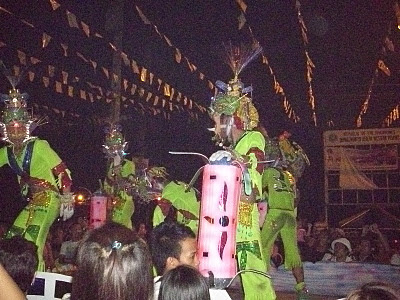