Showing posts with the label Tangled
Show all

Another Adoption Story: Lessons From The Animated Movie, Tangled 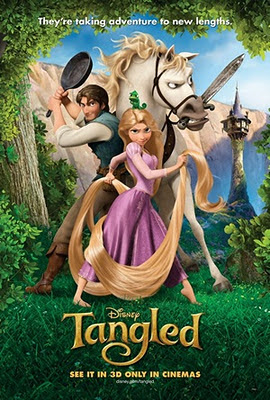 I bought my little girl the DVD of the animated musical fantasy Tangled a few weeks ago and since then, it was the daily movie staple every afternoon......up until yesterday.  Why the sudden change?  When I bought it, I knew it was a Rapunzel story but I did not know that it was a musical.  Now, my little girl is three and very bright.  As I was trying to explain the relationship of Rapunzel to the witch by saying that the witch was not Rapunzel's real mother, my 3 year old disagreed and kept insisting..."No, she is her mama".  I then realized that in the song "mother knows best", Rapunzel was an adult and my daughter could not relate this young woman to the baby that was kidnapped by the witch. That song showed a loving, concerned mother who wanted to protect her child.  And so to a young mind, theirs was a mother-daughter relationship.  Where is my problem in all these?  You see, my daughter is adopted and when I said that the witch was not the real mama.
17 comments
Read more
More posts