Showing posts with the label multiple intelligence
Show all 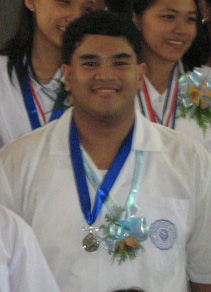 Last week, I wrote about Preemie girl and now it's Big brother's turn. My son whom I raised since he was 5 months old is now 21 and hopefully will be graduating from college this year. Unlike my daughter, I had no behavior issues with him when he was growing up. He was such an obedient child that it was easy to bring him along with me to public places because he was very behaved. It was when he started school that problems started. Although he was a sensitive and intelligent boy, he did not like studying. Unfortunately, I did not have the skill nor the inclination to instill in him good study habits because I too did not like to "study". Therefore, I could not teach him what I did not have, which is weird because I was and still am an avid reader and a life-long learner. It is not the learning part that I hated about school but the process of teaching of what must be learned that was being used by traditional schools. I was the type that needed teachers who
27 comments
Read more
More posts