Showing posts with the label Google Maps
Show all 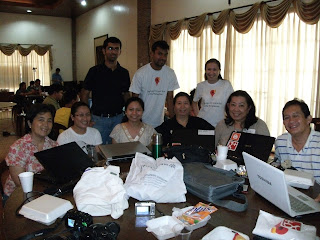 Together with blogger friends, I attended the Google Map Maker Summit last April 12, 2012 held at the Santuario De La Salle here in Bacolod City.  I know of Google Maps and Google Earth since I use these a lot for research and references but this was the first time I became aware that there was a Google Map Maker.  I did not even know that I was already using this application when I was adding tags to my house in Google Maps. That just tells you how much of a newbie I still am when it comes to web development (most of the participants said they were "developers"). Anyway, I learned a lot that day and have registered to be a volunteer in Mapping the Philippines, in particular my city and province.  In fact, I plan to organize a mapUp in my city before classes open in June. A mapUp is basically a gathering of about 10-20 volunteers whose goal is to map their area of the world.  Here are my pictures of the event. Mapping is more fun in the Philippines!
28 comments
Read more
More posts