Showing posts with the label sarcastic humor
Show all

How To Write Your Bank 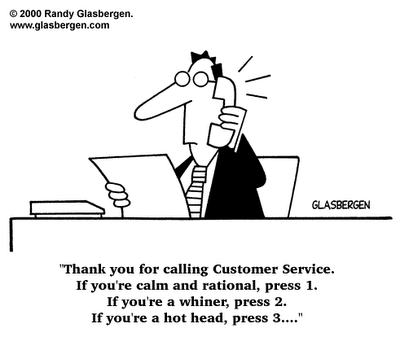 In the last quarter of 2011 I was out of work, and so one of the first things I did was to make credit card payment arrangements with their respective banks.  I already wrote about some of my experience with the banks here .  Then I saw this letter and this really made me laugh. This letter has been in circulation in the internet for several years now, allegedly written by an 86 year old woman to a bank. It has wrongly been attributed to being printed in the NY Times.  The real writer was Mr. Peter Wear and was first published in the Courier Mail in Brisbane, Australia in January 1999. It was not sent to a bank, but was written in a column called Perspectives.  It is very funny, but if like me you had some experience dealing with banks, you would understand the exasperation of this writer with modern banking and some of their policies. I can so relate with the content of this letter after dealing with one bank's delayed response, inept handling and really illogical requirements
20 comments
Read more
More posts