Showing posts with the label wedding planner
Show all 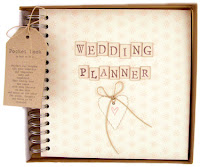 credit In the not so distant past, wedding planners were unheard of. When people get married, it was usually just their immediate families who help out with the arrangements and actual event. But now-a-days probably because of the busyness of life, wedding coordinators or event planners as some would like to be called are the norm rather than the exception. It has become big business and some become very successful ones. But what is a good wedding planner? For the last 2 consecutive years I have attended at least 7 weddings either as principal sponsor or guest and most of which had wedding coordinators taking charge of the whole event. Two of those weddings had Clay Tan , one each for Dennis Ochoa , Vivienne Villanueva and Carmela Arlocas-Gamboa. Carmela (I was principal sponsor too in her wedding years ago) is more of an event organizer/producer but this is one wedding she could not refuse as it was of her husband's first cousin (thus, family) and for an initial foray into w
8 comments
Read more
More posts