Showing posts with the label fast food
Show all

Greenwich Pizza Blow Out - Something Old, Something New 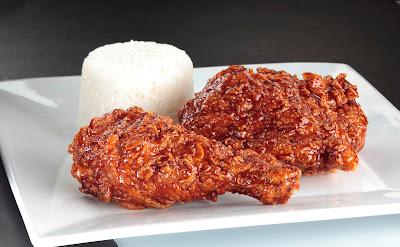 Who would have thought that what began as an over-the-counter pizza store in Greenhills Commercial Center in 1971 would become this big?  As a student  at the University of Santo Tomas in the mid-70's,  I was very happy to see that there was a Greenwich branch in España right near the overpass!  If I remember correctly, it was  besides the St. Paul's Bookstore. I would go there at least once a week to give myself a pizza or taco treat (yes, they used to sell tacos).  This love affair ended in 1980 when I came home to the province and it was not till the '90's when they opened a small branch in Bacolod that I got to eat my favorite pizza regularly again.  As different malls started to sprout in the city, the store also established branches there.  In 1994, Greenwich was bought by Jollibee Food Corporation and from then on, it continued to grow bigger and better.  Aside from the varied pizza offerings, their menu began to include pasta, rice and chicken meals, among othe
12 comments
Read more
More posts