The Road To Amanpulo

- May 15, 2011
I spent Sunday, May 8 preparing for my trip, although I still wasn't too sure I was making the right decision. I went to the 6:30 PM mass and I said to God...I put everything in your hands...and somehow, the hesitation greatly diminished.  When I got home, my mom told me that the typhoon was on it's way out (she was actually praying that the weather improves), which for me was a good sign.  But I slept late and woke up at 5 AM Monday, almost missing my 6:20 AM flight...not a good sign.  Surprisingly, the flight to Manila was good and although there were some rain showers, the weather seem to be cooperating...which again was a good sign (I was looking for signs everywhere)...but then again, no one came to meet me at the airport.  I tried to contact my friends and they said that a car was supposed to pick me up and bring me to where they were...at the Soriano Hanger. And so I waited...and waited...and waited...until the assigned driver finally appeared almost 1 hour after I arrived. It seems that he was given vague instructions and was actually in the parking area waiting to be contacted. Oh well.  I got to the hanger on time though, and after checking in was happy to see my friends.  Some of those in our group were a bit wary when they saw our plane, the Dornier...but not me...this 19 seater twin engine plane and I are old friends :) since way back 2008 when I went to Miniloc Resort in El Nido.  At that time, I too got scared when I saw how small it was and I thought, I need to be sedated to ride that, but it proved to be one of the most enjoyable and safest flight I had ever experienced...and best of all, it cured me of my fear of window seats! We left Manila at 11:30 AM and once again, the Dornier did not disappoint...it was a smooth flight inspite of the poor weather.  Soon we were seeing some islands...was it Mindoro?  Or parts of Palawan? Unlike the 2008 trip, I was seated on the right side of the plane this time facing the cockpit and so I could not see us approaching Pamalican Island, the island paradise of Amanpulo, but a friend was kind enough to get a picture of the island for me as we approached it.  It's not so good but it is better than nothing :) 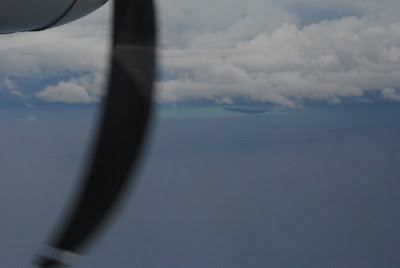 Here is a way better picture  ;) 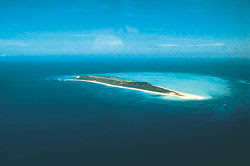 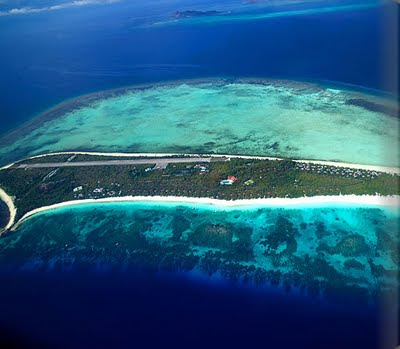