- December 10, 2011
I stopped smoking on November 15, 1990.  That's one month and 21 smoke free years and since then, I have tried to influence friends and family who continue to smoke.  Of course, I am not very successful.  In a way I understand because I had a hard time too.  I started smoking when I was 18 and I know that it is very hard to stop the habit unless there is a compelling reason to do so. So how did I do it...what prompted me to stop smoking?

Like most people, I learned how to smoke as a teenager because I thought it was cool. While in college, I lived in a all-girls dorm and one of our ways to rebel against the nuns (yes, nuns were running the dorm) was to smoke without getting caught. At first, I wasn't into the game mainly because I was afraid that my parents would find out if we were caught. My parents, you see specifically warned me against smoking...not because it was bad since my Dad was a smoker, but because I was on allowance and it is not my money to burn.  Of course, succumbing to peer pressure, I eventually learned the art of smoking a cigarette "like a lady".  That meant, no smoke coming out of the nostrils!   After about 10 cigarettes and a severe case of vertigo, I finally got it with aplomb!  After that, smoking became second nature and I was using 5 to 8 sticks a day by the time I was in med school. Still it wasn't an addiction (yet) because I was able to slowly shake off the habit by clerkship and internship since smoking was not allowed in hospitals, and my parents still did not know that I smoked, so I couldn't do it at home either. I was relatively smoke-free for about 4 years and then I went back to school to get an MBA.  While doing that, I made new friends, started to have an active night life and partying, both of which goes hand in hand with booze and cigarettes. I was back into the habit with a vengeance finishing 10-12 sticks a day, sometimes more.   But this time, because I was now earning my own money, I was also free to do it at home.  This went on for the next 6 years and then, my dad got sick.  He had to stop smoking and he did, but I couldn't...not just yet.  One day however, nine months after he did, I did too.

How I did it


I stopped not because I was afraid of getting sick, but primarily because I felt sorry for my Dad who had to stop smoking because he got sick with diabetes and hypertension.  I did not want him to start craving cigarettes (he was a 2-3 packs a day smoking addict) again, so I decided to stop smoking at home.  Of course, I knew that smoking was bad but it was a hard habit to break.  At first I stopped buying in packs...every time I had a craving, I would just buy a stick or two.  And then I realized, I was just fooling myself into believing that I was weaning myself from the habit because I was still consuming about 8 to 10 sticks a day.  I knew it had to be a total stop otherwise, it was going to be an exercise in futility.  When I made this decision, I did a little ceremony...bought one last pack of menthols, and when I finished my last stick I carefully packed my matching cigarette cases and lighters into individual wrappers, placed them in one utility case and lovingly said goodbye.  And that's it.   From that day, I have never smoked again (not even once).

With the cessation of smoking also came the cessation of drinking alcoholic drinks.  I was a very good beer drinker (as well as tequila and vodka too), but when I stopped smoking I found I was losing the taste for beer too.  And I hated getting all the second-hand smoke around me. Eventually, I stopped going out to bars with my friends.  Did I gain weight?  I don't think so...in fact getting off beer gave me back my waistline.

1. The process of "gradual weaning" to quit smoking did not work for me...if some experts advocate for this, it probably applies to very heavy smokers or those who consume more than one pack a day.  When I "stopped" for 4 years, I would occasionally light up during parties....and so it was really easy to get back into a regular habit, as what happened to me.  This is why women smokers who become pregnant stop during the duration of their pregnancy, but get back on the habit once they deliver.

2. Quitting cold turkey or teetotaller is your best bet.  Once you stop cold turkey, you will have better success in never going back.  I found this article in cancer.org which more or less tells me that I did the right thing 21 years ago. Cutting back on your smoking will not help reduce the bad effects on health...only quitting will.  Studies have shown that it will take at least 10 years after quitting before your lungs becomes normal again.

3.  If your children start smoking, don't say they can't because it's not their money to burn, but inform them about the very real health risks of smoking. There is much evidence now on the health effects of cigarette smoking and second and third hand smoke.  It is not just your lungs that smoking can harm but every organ in your body. Get your kids horrified...show them the picture below. 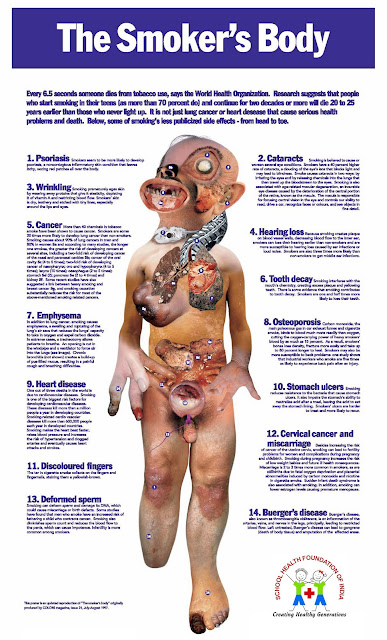 4. Never say never. A lot of smokers say that it is too late to stop.  It's not, and although you may not immediately feel the good effects, every week, month, and year without tobacco use only improves your health.


Post-script:
As a former smoker, I understand why some cousins and close friends continue to smoke, and why my son smokes now.  Although I try, I have not been able to make them stop.  My uncle died of lung cancer at age 48 and just recently a family friend also passed away at age 69 from complications due to lung and liver cancer.  My own father died from a massive heart attack when he was just 58.  All of them were heavy smokers.  My dad when he was asked if he smokes, used to say...I don't inhale...ahhhh, so he doesn't breath when he smokes.  When my uncle was in the hospital and getting weaker everyday, someone asked him if he wanted to advise his smoker friends (most of whom came to visit him often) to help them avoid getting lung cancer.  This is what he said, "I could talk to them till my very last breath about this but, they wouldn't really listen as this is not happening to them..."   Unfortunately, he was right...until something forces or drives us to stop smoking, chances are...we won't.

The last few years I have set some house rules for smokers in my family.

1. No smoking in the house...smoking area is in the front lawn (but please throw your butts in the garbage bins) or outside the gate.

2. Cigarette smoke sticks to clothes (3rd hand smoke), so if you just smoked, you cannot carry or hug or touch the small kids until you change and gargle or brushed your teeth. 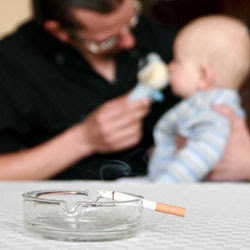 3. If you get adverse physical effects due to your smoking habit, I won't say "I told you so", but please, don't whine or complain or act with self-pity.

I should have celebrated this milestone last year (20 smoke-free years) but the busyness of life took the thought away from me. So instead I will celebrate it today by publicly making a commitment to advocate for smoking intervention and prevention for kids. Why kids? Because based on my experiences, it should start early before they enter their teens. Hopefully, by my 25th smoke-free year, everyone I know stops smoking (especially my son)...then that will be the biggest celebration of all.

Update: Big Brother, my son has stopped cigarette smoking for 2 years now. Instead, he shifted to vaping and not as often as when he used cigarettes. Although I am not happy about this, I think it is better than smoking, and it seems that this is not as habit forming. I still hope that he will eventually be totally smoke free. 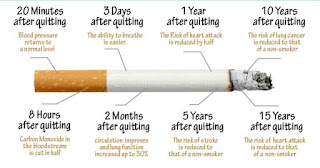