- April 07, 2012
To be or not to be...concerned, worried, bothered, involved on one hand, or indifferent, detached, uninterested, uncaring on the other.  That is the dilemma I face now-a-days with regards to my brother's almost 15 year old daughter.  My brother who is a single parent lives next door with his two kids, a son and a daughter.  The son started college last year and comes home only during breaks while the daughter is still in high school. My brother works in another city four days a week. He goes every Friday afternoon and comes home early Tuesday morning, leaving my niece whom I shall call Aloof Girl with their househelp cum nanny during those days. Her mom usually comes to pick her up on Saturdays unless something comes up and brings her back on Sunday afternoon. Her relationship with us has been good until last year when her brother left. Since her dad and brother weren't around, I would watch out for her and she did not like it. She felt it was enough that her father knew her whereabouts and resented my monitoring of her activities which basically just consisted of being informed where she is going and with whom. She complained to her dad that I was trying to make her into a nun. Imagine that! I told my brother that for a 14 year old, she has been given too much freedom. She always comes home past 6 pm even when her classes end before 5 pm, does not talk much about her friends or activities even when asked, and has been caught a few times telling half-truths. However, my brother believes that he is being a cool, supportive and trusting dad.  I may not agree with his permissiveness but I can see how difficult it is for him to raise his children alone. Recently, she has become reticent, distant and generally uncommunicative towards me and my mom. If Aloof girl resents my intervening in her life as I am not her parent, then she should not run to me when she needs something or wants something to be done.  I should learn to look the other way when it comes to my brother's children. I am not saying I won't make myself available for them when they need me, but I will no longer take it upon myself to feel responsible for and act like a surrogate mom to Aloof girl, especially since she does not appreciate it anyway. Although it was my hope that my mom and I would be positive influences in her life, I now understand that I am not my brother's children's keeper.  I have to rethink my role specifically in Aloof girl's life. I thought because her parents are separated and her mother is not around that she needed a mom.  I took it upon myself to take that role. I realize now that she does not need another mother.  After all, she already has parents, albeit separated but still very much alive and kicking.  When all is said and done, Aloof girl's upbringing is her parents' responsibility, not mine.  Perhaps my role is simply...to try to be a friend. 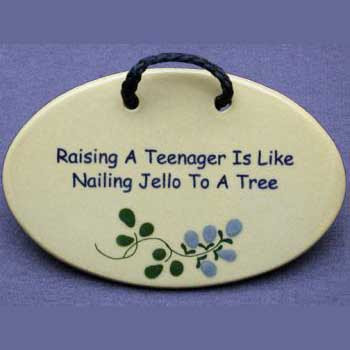