- April 03, 2012
...at least for today, it looks like summer.  The sun shone brightly with no rain clouds in sight. It was a different story yesterday when it rained so hard in Bacolod...but only in the vicinity of the Lagoon, SM and downtown area because when I got to Robinson's and Lopue's, it was just rain showers and by the time I reached the Ayala area, it was drier than dry.


Reaching Silay, I drove into a gas station for a refill and asked, "did it rain here?"  I got a blank stare that said..."what rain?" Oh...okay.  But this is actually a common occurrence in the occidental side of Negros Island since who knows when.  My mom tells me that when she first came here to live in the 50's after she got married, she and my dad would borrow my grandfather's jeep to go to Bacolod.  The sun would be shining in Silay and the weather balmy.  But when they enter the boundary between Talisay and Bacolod, it would be raining...and vice versa.  It was really crazy weather. So I guess, it's not much different then except that this happens more often now than before.  And of course, contributing to this is climate change.

It's Holy Week and officially the start of summer.  Unlike most people who see this week as an opportunity to get out of town for some R and R, my family and I spend it at home year in and year out. This is a conscious decision made after that first time we went to Boracay for Holy Week way back in 2000.  This was also the year that my birthday fell on Black Saturday. To make a long story short, the weather was good, the beach was wonderful, the company was great...but Boracay is the worst place to be for Holy Week. Frankly, during the 4 days we were there, I thought the sky would turn red and we would all become pillars of salt, just like what happened in Sodom and Gomorrah.

I don't want to be a party pooper but there is a place and a time for everything.  Our Lord and Savior does not ask for much.  Out of the 52 weeks of the year, this is only one week of our life. This is a time of renewal and thanksgiving for his unending love, mercy and sacrifice. Surely, for those of us who believe, this isn't too hard to do. 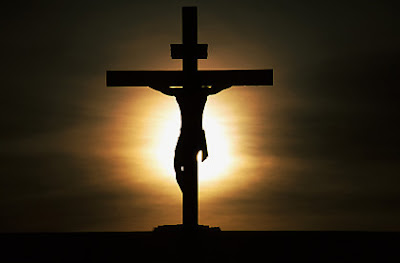 I wrote this piece in April 3, 2012.  I am republishing it today because after reading what I wrote about that rainy Holy Week, it  did not seem so much different now that it is 2014...it's been raining really hard since my birthday last Monday!