My Mother, A Woman Of Substance And Faith


The Woman of Substance

My mom was born in Cebu City on May 1, 1934, the Feast of St. Joseph the Worker to Norberto Yanson Riego, a ship captain and Estrella Guingona Meñes, a pharmacist. They named her "Erlinda" although she claims that she has another name, Maritza but she never got a record of it because birth records in Cebu before the war were destroyed by fire. From age three, she was raised in Manila where she had her secondary and college education at the Philippine Women’s University (PWU), graduating Cum Laude. She was the student council president, an Intercollegiate Girl of the Philippines, the school's representative to national student organizations. She rubbed shoulders with national leaders, so much so that people around her thought they had her future life all figured out. 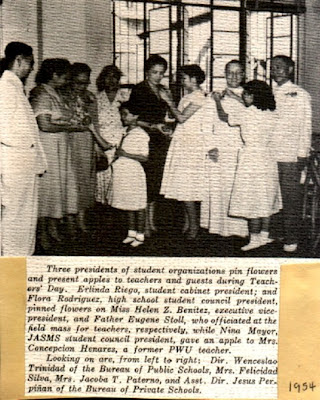 Instead, in 1955 to everyone's dismay, she got married and moved to the province, presumedly to oblivion. She met her groom, my father two years earlier when she was only in second year college and he was a Pre-Law student of the Ateneo. Of all her many suitors (many is an understatement), I asked her why she chose my dad, who was a typical probinsyano (provincial boy) and not even part of her active student life. She said that was part of his appeal, that she was tired of Manila and dreamed of a simple, quiet life which she thought she could have with my dad (boy, was she wrong). Besides that, among her admirers my dad was the most respectful, polite and considerate. Well, I guess whatever it is my dad did to win her heart, it must have worked because they got married 2 months after her graduation despite her parent's misgivings since her groom was still in school. My dad passed the 1956 bar exams and he was immediately hired by Irving Ackerman while my mom was given a teaching position by her alma mater. They found an apartment at the back of PWU and was living a nice independent life. 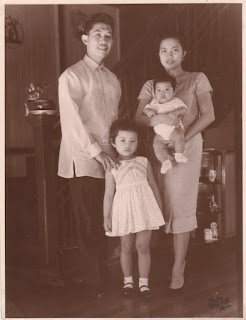 But, three years later, my dad was asked to come home to Silay by an uncle who wanted him to run for a city council seat. My mom who was pregnant at that time with my brother Bobby was in for a big surprise. She thought this visit was just for a summer vacation. My dad knew she would oppose any political plans and did not tell her the truth. Well, being an obedient son and daughter-in-law, they acceded to my grandfather's request to stay, and with that went my mom's dream for a quiet life. My dad won that election but subsequent political events also ended his family relationship with his kingmaker uncle. My dad was always a reluctant politician and took this adverse event as his opportunity to go back to the private sector. By the early 60's, my mom found a teaching job in a local Catholic high school and my dad was now well entrenched in his law practice and found work as a general manager of a multinational non-life insurance firm. We moved into our own house and soon after, my youngest brother, Teddy was born. In the late 60's my dad was appointed as the city judge. He was not too keen about going back to work in government but at the behest of his father, he at the young age of 35, accepted the position. My mom also had a career change in 1970, teaching college at La Salle-Bacolod. She also went on to get her Masteral Degree and Doctoral Units at the University of Negros Occidental-Recoletos. Life was basically good. 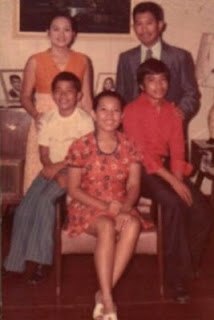 Then my brother Teddy had a shooting accident in 1976 which compelled my mom to stop teaching in order to take care of him. My brother and I were both studying in Manila (me in medical school and he in pre-med) and it was also the time when the sugar industry was in deep crisis. My father by then was back in the private sector and working on the small family farm. You see, he resigned from the judiciary one year after Martial Law was imposed. Those were hard times for my parents. All that stress took its toll on my mother. She developed Breast Cancer and Hyperthyroidism (toxic goiter). But God has always been good to us in spite of our human failings and we survived those years. My mom was eventually cured of all her illnesses and my brother Teddy although with some disability, is alive and well. Bobby is a practicing general surgeon while I am in family medicine and until recently was also in government. My dad went back to the judiciary in 1984 but passed away in 1991. And my mom? Well, she is now 78 and has limited movement due to osteoarthritis, but that has not stopped her from doing what she loves best...serving God and her family every waking moment of her life.

The Woman of Faith

My mom was raised a Protestant but when she married my dad, she converted to Catholicism since she wanted to have only one religion for her family. I guess the tradition at that time, was for the woman to give way to the man. Now this was before Vatican II and for those born in this era of latin masses, you can just imagine how lost she was in her new religion. But gratefully, Vatican II happened and this transformed the Catholic Church into one that my mother understood and could relate to. Her church involvement started in the late 60’s and speaks of a dedicated worker in the vineyard of the Lord. Gifted by God to speak, she contributed to the Women’s Cursillo Movement as Rectora and Rollista, also as Resource Speaker in re-echoing the conferences and seminars on PCP II, Family Planning, “Tertio Millenio Adviniente”, and the 2nd Diocesan Synod, among many others. Using her “tools of trade”, she served twice as President of the Catholic Women’s League Silay City Unit and as Diocesan President, thrice. It was through her initiative that CWL projects were established to support seminarians, the ABS-CBN Sunday Mass and Radio VERITAS. From Hinigaran to Victorias, the CWL units became active and vital in the pastoral work of the diocese and parishes. In 1996, she received the National Leadership Gold Award from the National CWL. Her political background (in school and in life) prepared her for her involvement with PPCRV where she worked for clean, honest elections and joined advocacies on Family and Life, Environmental Concerns, and the Anti Cha-cha. But closest to her heart is the Parish of San Diego, Silay City. From the early 80’s to the ‘90’s, she helped supervise the Catechetical Program covering all public elementary schools. Today, she assists the Catechists in the annual 1st Communion of more than 1500 pupils. And as if that was not enough, my mother has been a part of the Parish Pastoral Council, first as Secretary for 8 years and later as President from 1998-2001. As Chairperson of the Parish Education Committee, "Tita Linda" as she is known to the seminarians of the Marian Missionaries of the Holy Cross was their volunteer English professor and became one of their formators for the last 10 years at the Mater Dei College. In 1997, with the help of the late Msgr. Danilo Padernal, she began the Parish Parochial Pre-School - The San Diego Study Center which she continues to manage. Since then, the school has grown from a one-classroom to a six-classroom facility. Indeed her commitment and joy to be of service has grown with her age. Presently, she continues to actively serve as one of the facilitators of the Diocesan Lay Formation Center and Secretary of the Diocesan Bacolod-CARITAS.

For all these, my mother Erlinda Riego Ledesma, was conferred with the Cross Pro Ecclesia et Pontifice. The award of “Pro Ecclesia et Pontifice” (For the Church and the Pope) is granted to lay persons “in recognition of their outstanding services to the Church and the Papacy. This papal award by far outshines all others she has ever gotten in her lifetime. 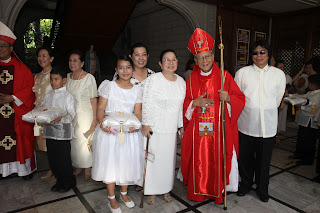 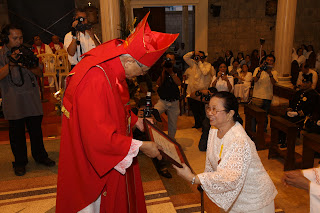 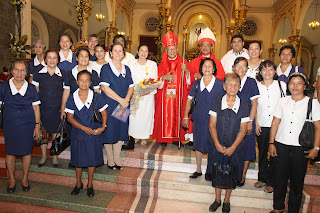 My mother, my best friend, the one who gives her family her unconditional love is indeed a woman of substance and faith. She, who longed for a quiet life, has come full circle. May God continue to bless and keep you always. 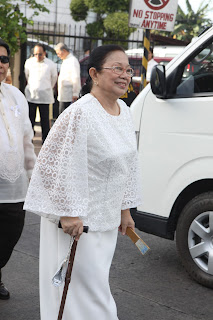