- May 31, 2012
When I went to Manila on May 22 to be a resource speaker for a leadership program, I was pleasantly surprised to learn that the hotel where the venue was and where I was going to stay was an art deco mansion, built in the late 30's and converted into a hotel about 10 years ago. It was designed by National Artist for Architecture Pablo Antonio Sr. whose prominent Art-Deco work includes Far Eastern University and the Manila Polo Club. The Orchid Garden Suites was the old Roces mansion at Pablo Ocampo, Sr. Extension (formerly Vito Cruz Extension) and was later acquired by Supreme Court Associate Justice Antonio Villareal as his family residence. A 14-storey boutique hotel was built connecting to the anterior part of the house.  The elegant hotel lobby, 3rd floor restaurant and the resto-bar on the 4th floor are all part of the original house. The swimming pool area used to be the garden and grotto. 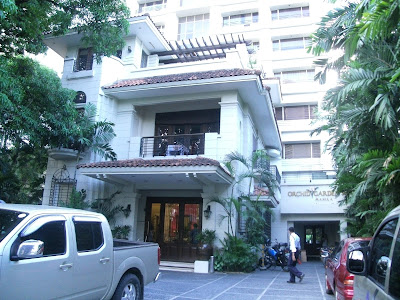 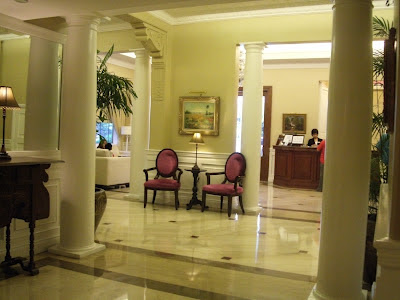 According to the stories I got from the friendly restaurant staff, this beautiful winding stairs originally began from the first floor but when the hotel was built the first and second floor stairs were removed for good feng shui.  I guess the intricate ironworks and balustrade were too precious to be thrown away and so a new stairs was built from the new building in the 3rd floor to access the Cafe Alicia restaurant. 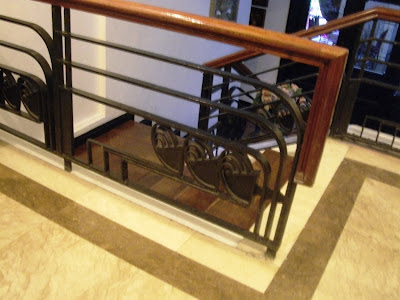 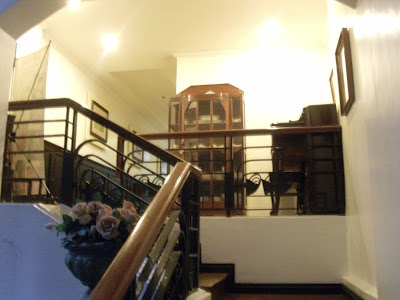 What about the accommodations?  I was given an executive suite, Rm. 314 which had a card type lock system and was near the exit.  I was pleased to see the large room, having stayed in other boutique hotels in Manila and Makati with so-so facilities.  This hotel surpassed them all. 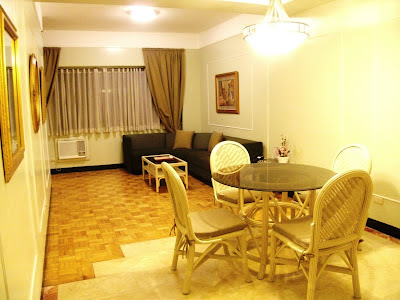 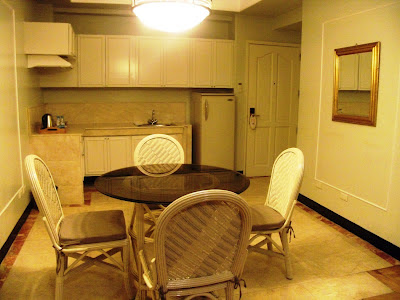 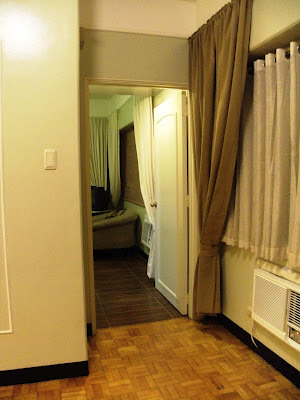 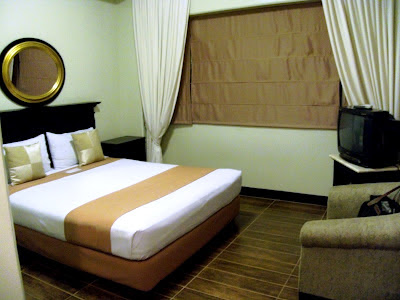 One thing though...the accommodation was so big for one person that I was  a teeny weeny scared. I was scared of locking the bedroom door since it was so far from the main door and the telephone was outside. But, I knew I would not be able to sleep either if I did not feel safe.  So I locked the door and prayed. The bed was comfy but the pillows could be softer.  Bathroom facilities were good.  TV was okay and there was free WIFI with a strong signal.

Being a heritage conservation advocate, the fact that this was a pre-war mansion with some history appealed to me.  The owners did well to build a modern hotel without destroying the heritage structure.  The lush orchids surrounding the grounds and swimming pool added to the elegance and beauty of the place. I wish that there are more heritage homes and buildings in Manila and the country for that matter, that would be preserved in this way.

Overall, I give this heritage hotel an average score of 3.75 over 5:

And yes, I would stay here again but this time with my family in tow :)