- June 30, 2012
Last Sunday my son was invited to a good friend's birthday party, but as he was to start his on-the-job training (OJT) the next day, he planned only to stay for a short while. So, I agreed to drive him after we heard mass and my brother and niece decided to tag along. When we got to Bacolod, it was raining so hard that we decided to just wait for him. We went to Robinson's Place for a quick pizza and pasta dinner at Greenwich but the service took longer than expected, so that we had to rush buying the things that my mom needed before the mall closed.
As we were walking out of the mall towards Central Citywalk, I was pleasantly surprised to see that there was now a Felicia's right besides the mall's west exit. I learned that they opened in April yet, but since I don't walk around in malls, I totally missed the place even though I have been to Rob's several times this month. To those not familiar with this cafe, Felicia's is one of the more classy pastry cafe's in the city. It may not be as popular as that over-rated pastry shop in Lacson Street but let me just say, although this shop has less selections, it's cakes are way better made.  Their main store is located at the DOLL Building in 6th Street and they also have a steakroom right besides it's pastry cafe. I have always wanted to go there but have not done so because every time I pass by, there was no parking space available. I have tried some of their cakes, courtesy of friends and I found them really good. And so, seeing that they were still open, we marched right in and ordered two of their small cakes, cookies and cream and chocolate caramel. 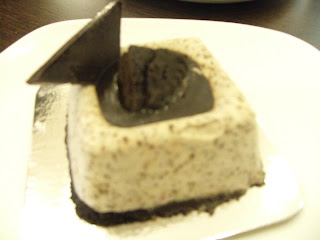 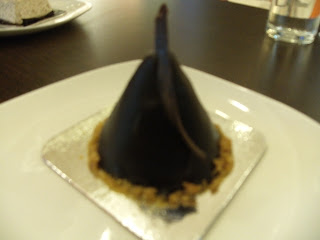 The pictures are blurry but it does not diminish from the fact that they were really really delicious! The cakes were rich and creamy but not too sweet or heavy on the palate. In local language, indi kasulum-od. The chocolate caramel was actually melting in my mouth! If it wasn't for the fact that I had a really full stomach, I would have ordered more because frankly, the taste made me crave for more.


Here are some pictures I took from their display. Since they were almost closing when we got there, most of the little cakes were gone. 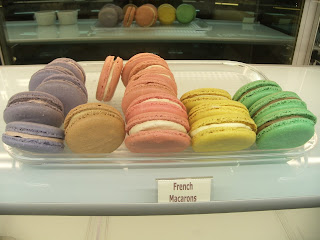 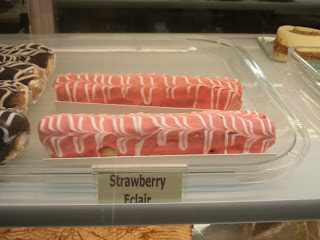 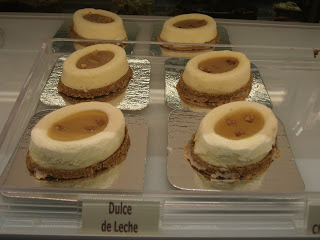 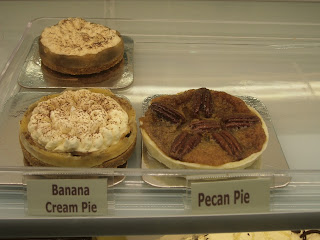 FELICIA'S
Robinson's Place Central Citywalk
Hours: 10 AM to 8 PM - Mondays to Fridays
10 AM to 9 PM Weekends