- November 04, 2012
Last October 18 to 22, Enrico Dee of Biyahilo.com invited bloggers from all over the Philippines to "invade" Bacolod and experience the biggest street party in the Philippines, the Masskara Festival.  About thirty-one travel and food bloggers responded and came to party during Masskara 2012.


When the core group of the Negrense Blogging Society, Inc. learned that there were many bloggers coming, we offered to give them a mini heritage and food tour of Silay City, a city known for its arts, culture and ancestral houses.  Of course, since I am the Silaynon in the group, I volunteered to guide them around. Now, I am not a tour operator much less a tour guide but I thought, how hard could it be?...this was after all Silay, the city that I love.

The first thing we had to do was get them a ride.  Now, we are a fairly new bloggers' group and we had absolutely no financial resources, so this was a problem.  However what we lacked in funds, we made up with a lot of faith and chutzpah. Was it Divine Intervention that Merci Food Products launched their newest service, the  31-seater Merci shuttle bus, 2 weeks before Masskara and we were given free use of it for half a day?  I think I heard trumpets when Ria Akamatsu, their marketing manager informed me of the happy news ;) 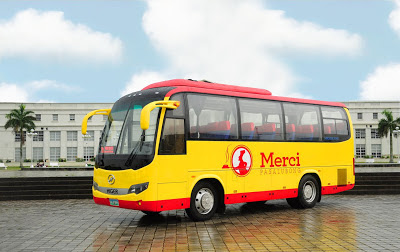 And so, on Sunday, October 21, sixteen food and travel bloggers converged at the Provincial Capitol.  They were accompanied by Negros Bloggers Maricar Dabao of Viaje Negrense, Atty. Eli and Elena Gatanela of Business Sphere.  I met up with them at the Dr. Jose C. Locsin Cultural and Civic Center in Silay and after a short introduction, we were on our way.  Since we had only about 2 hours, aside from visiting the city's 2 lifestyle museums (Bernardino Jalandoni Pink House and Gaston House / Balay Negrense), both of which have been written and talked about so many times by both mainstream media and bloggers, I thought of bringing them to two houses that are not open to the public but were almost "famous".   One was part of an iconic movie while the other was the private home of Silay's most notable son.  It helped that I knew the owners well, so that they graciously agreed to let us into their homes.

The first private house we went to was the Jose Gamboa ancestral house where part of the movie Oro, Plata, Mata was filmed.  We showed the bloggers the part of the house where the ballroom scene, the kissing scene between Cherie Gil and Joel Torre, the scene where the guests were informed that war has began, were all shot.


I also attended many birthday parties here as a little girl and it's probably more than 30 years ago that I last entered this house so that this visit was a little nostalgic for me.

Next stop was the house of Dr. Jose C. Locsin, ConCon delegate, Senator and Secretary of Health.  This house is now under the care of Ms. Charet Locsin, his niece, who is also the aunt of Teddyboy Locsin.

We were met by his grandson, Solo Locsin who also lives here.  We were regaled with stories and historical facts about the house, it's prominent visitors and of course, Dr. Locsin. After a quick tour around, including the second floor living area, the bloggers were treated to a typical Silay merienda of hot tsokolate and biscocho.

It was almost 11 AM and we had one more place to go.  Although also an ancestral house, the Soledad and Maria Montelibano Lacson is better known as the house of Emma Lacson's Delicacies. This is where the best Silay lumpia can be found. And after tasting the pili squares, paño paño and empanada...guess who went food shopping?

Our last stop was the San Diego Church built in 1925 and completed in 1927.  What is an interesting feature of the church grounds but not known to many, is the presence of the ruins of the original church which has been turned into a grotto and prayer room.

It was almost 12 noon and as much as we would have wanted to show more facets of Silay, the bloggers needed to get back to Bacolod in time for the Masskara street dancing competition.  This is the first time I acted as tour guide for bloggers and it was great meeting them.  I only wish there was more time to really get to know each other but then, there will always be a next time.  To all, hasta la vista, till we meet again!