- March 27, 2013
I was driving to work this morning and as usual, I found myself getting annoyed by many wrong practices but commonly done by people that it got me thinking (while waiting for the traffic lights to change)...

Of the four scenarios which do you think is the most common?  I personally believe it's all of the above, but I think the last one is the worst of all.  Mediocrity is a sin, probably not the kind that will send us to hell and damnation, but it does not make it less of a transgression.  In fact it is worst than failing.  Why? Because when we fail, it means we can try again and be motivated to reach success.  But mediocrity means we continue to do the same mundane thing day after day, year after year without realizing that we can do better not only for ourselves and our family, but for the rest of society.

In the Filipino context, mediocrity is what we call the "pwede na" mentality.  This mentality abounds in our daily culture and society.  For example, take a look at the way people drive and observe traffic rules. And most traffic enforcers tolerate even the most obvious disregard of traffic rules!  Another is the way our government offices function. The Civil Service Commission tries to implement high work standards, but down the line implementation of the standards is set so low that no one bothers to complain anymore, and when one sees a high performing government office, the reaction is one of complete surprise.  Also check out our public schools...students underperform because teachers do so as well.  To compensate, they bring down the passing grade and then complain that the graduates have low proficiency in reading and math. Duh?  And how about the recent bar exams?  How many of those who passed because they lowered the passing mark will become second-rate lawyers? 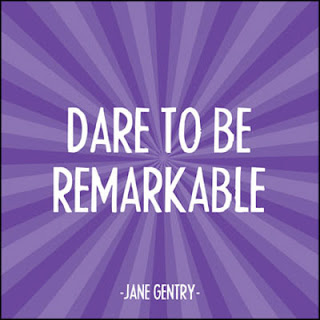 My parents always taught me to always do my best, to do the right thing and to always be considerate of others.  When I was in second year high school, I remember coming home after getting my first ever grade that was below 80.  I was so scared to tell my dad but I knew I had to.  He asked me..."did you do your best?"  I knew I didn't but said yes anyway. The realization that I deserved that grade did not come right away but some years later, because it happened a few more times when I was still in school. However, after almost failing my oral revalida in my final year of med school,  it finally dawned on me that if I wanted to make something out of my unremarkable life, I had to work to the best of my ability; that luck has nothing to do with success; and that mediocrity was not an option if I wanted to make a difference in the world. I can either choose to live an exceptional life or be indifferent and unseen.

By the time I parked my vehicle, I wasn't annoyed anymore.  I was resigned to the fact that for most people "good enough" is an adequate standard of behavior.  For the general public mediocrity is an acceptable way of life.

It's sad...but as my department head at work would say ...that's life.