- August 13, 2013
I hate pink.  I would never consciously wear pink except if I really have to.  The very first time I did was during my high school prom and only because I was a junior and pink was our assigned color (blue was for the seniors).  The second and third times were the occasions when I was a wedding sponsor.  I avoided this color like the plague, mainly because I thought that being fair skinned, I did not look pretty in pink. Besides that, I associated the color with sweet and girly things, both of which did not appeal to me.  And so, you can just imagine who, what and why my world suddenly turned all shades of pink! 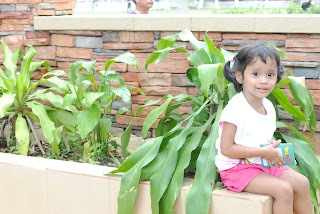 Little did I know that I would be a mommie again after 18 years (my first adoption was a son) and this time to a daughter. I initially dressed her in oranges or yellows and yes, pink too sometimes. But as she grew older, pink became the dominant color in her wardrobe. Is it a girl thing or stereotyping? I don't know, but maybe indeed it is, because I find that I consciously or unconsciously buy her pink things...even some of her toys like Barbie and Disney's Princesses. Whenever she chooses pink over other colors, I ask myself...does she really like pink or did I condition her to like it?  It is without doubt that effective merchandizing and store conditioning have influenced me in choosing the pink colors for my daughter. Pink is everywhere in the girl's department of The SM Store, Robinson's and those smaller malls!  And now, even I seem to buy more pink things for myself.   Somehow the color seems to soothe me. I realize that it is also a nurturing and not just a feminine color.  Take a look at some of my recent purchases. If these aren't proof enough, I don't know what is. I have become a certified pink addict! 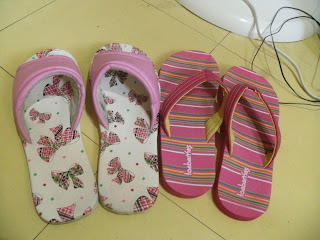 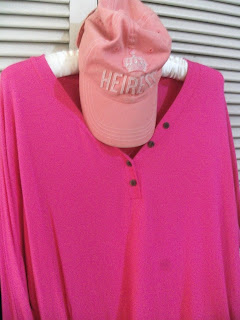 After several decades of  pink disdain,  I can now say with conviction that I feel pretty in pink :)

But I just remembered something.  This year I am told that my lucky color is purple (the reason for my blog color)...well, purple can be classified under the pink family, right?...right?...yeah, right! LOL!