Celebrating Christmas In The Hospital

I am not sure if we took the plane or ship going to Iloilo, but knowing how my dad was scared of flying (except for emergencies) we most probably rode the boat.  I don't remember much of those December days, probably because in a hospital, everyday was pretty much the same.  Life revolved around the four walls of the hospital room since Ted was never left alone, not for a minute, even while he was sleeping.  One of us, whether my mom, dad, my brother or I, would always be by his side where he can see us when he opens his eyes.  We would take 6 hour shifts around the clock and that was our routine day after day.  You can imagine how physically tiring it was with only my parents and Culing there to take turns watching Ted.  That period of our life was a time of great anxiety and uncertainty, because my brother although improving, was not out of the woods yet since the pellet was still lodged inside his brain.

That Christmas Eve, we had a simple celebration in his hospital room.  We did not have the usual gift giving because, well...no one went shopping for them.  I got Ted some Sesame Street finger puppets and matchbox cars in Manila, and I would entertain him with these when he would wake up in the middle of the night.  I believe, that Christmas of '76 taught us the importance of being a family, more than any other Christmas celebrations before.  It was then that I learned that Christmas is not about the lights, decorations and gifts we get, but rather it is about forgiveness, hope and above all, unconditional love. 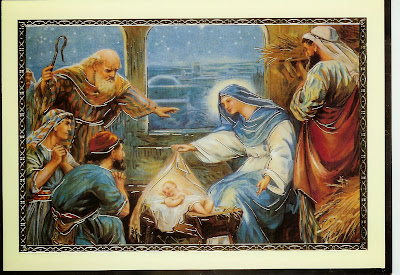 Alleluia, God with us, Emmanuel!