- April 10, 2014
Last March 18, 2014, Victorias Food Corporation (VFC) went beyond ordinary, launching their signature recipes created by Bacolod Academy of Culinary Arts (BACA) chefs, led by Chef Guenther Sanin from Austria and Chef Marcel Haessner from Germany.  These are easy to make mouthwatering dishes that can be used not only for fine dining but for dinner tables at home as well.


I am a salad person and this is my favorite.  I would not have thought that a seemingly ordinary canned hot bangus could be used as an ingredient for fine dining salad entree, but there it was! Really delicious! 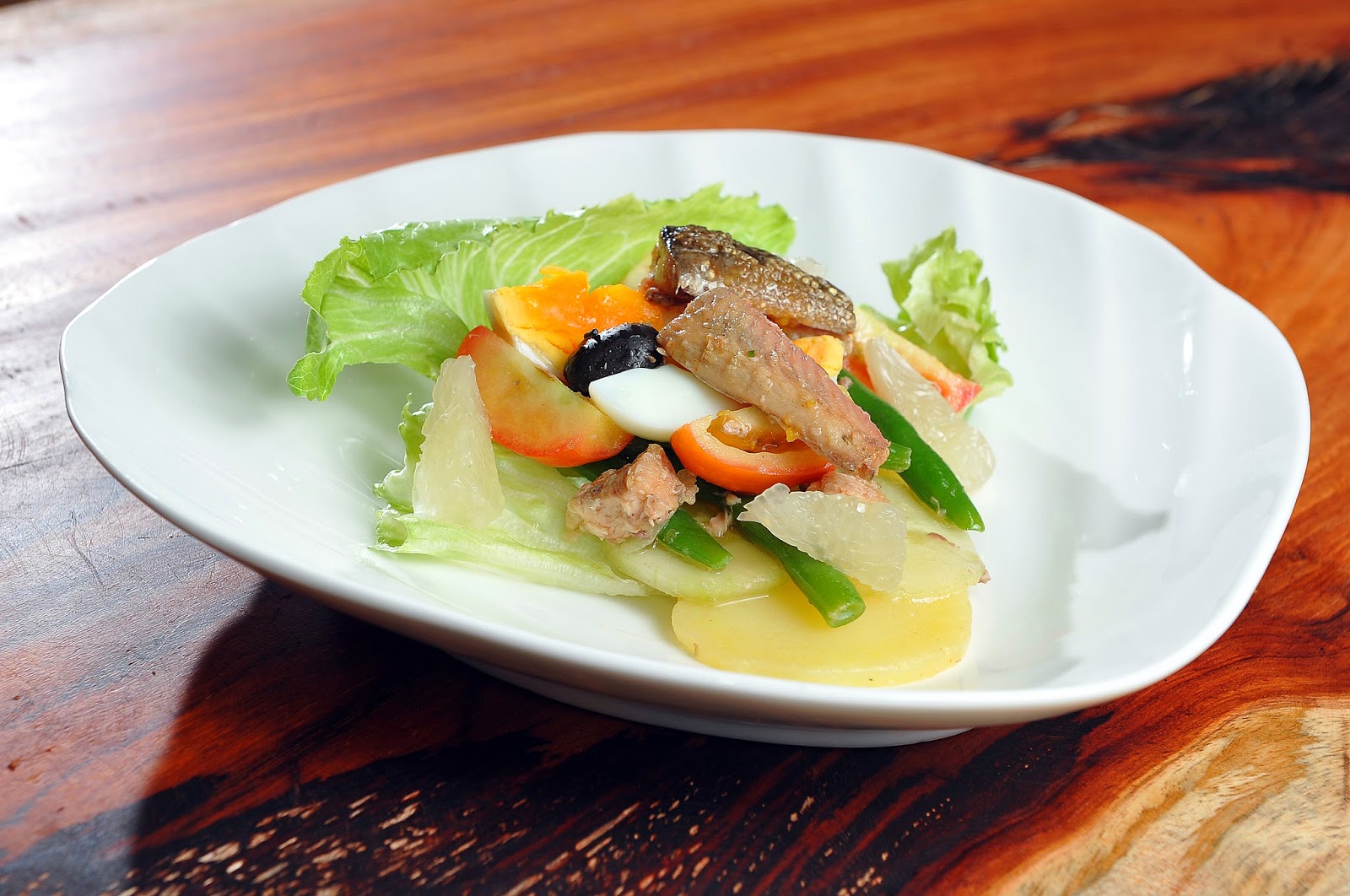 VFC general manager Jaime Unson explained that their products are in the “premium” category,  hence a little more expensive than others in the domestic market, but this is because the company's goods do not have extenders and are comparable with the imported ones.  As a loyal consumer of Victorias Spanish Sardines, I will attest to that statement...and I don't think that they are more expensive because cost-wise, it's quality and quantity is excellent.

As the morning progressed, the chefs and their assistants prepared the other specialty dishes for us to taste and critique. As they were doing this, my mind was mentally making a to-buy list, as I was eager to try making the recipes at home. One of my biggest frustrations when shopping for groceries was not finding my favorite Victorias sardines, bacon and ham in local supermarkets, but now this will no longer be a problem because I can easily get them in one place. The day before this event, VFC opened their first ever Pasalubong outlet outside of their main office at the Victorias Milling Company compound. This is located at Corner 16th Street and Lacson Street, Bacolod City, Negros Occidental.  Store hours are from 7:30am until 6:30pm daily. 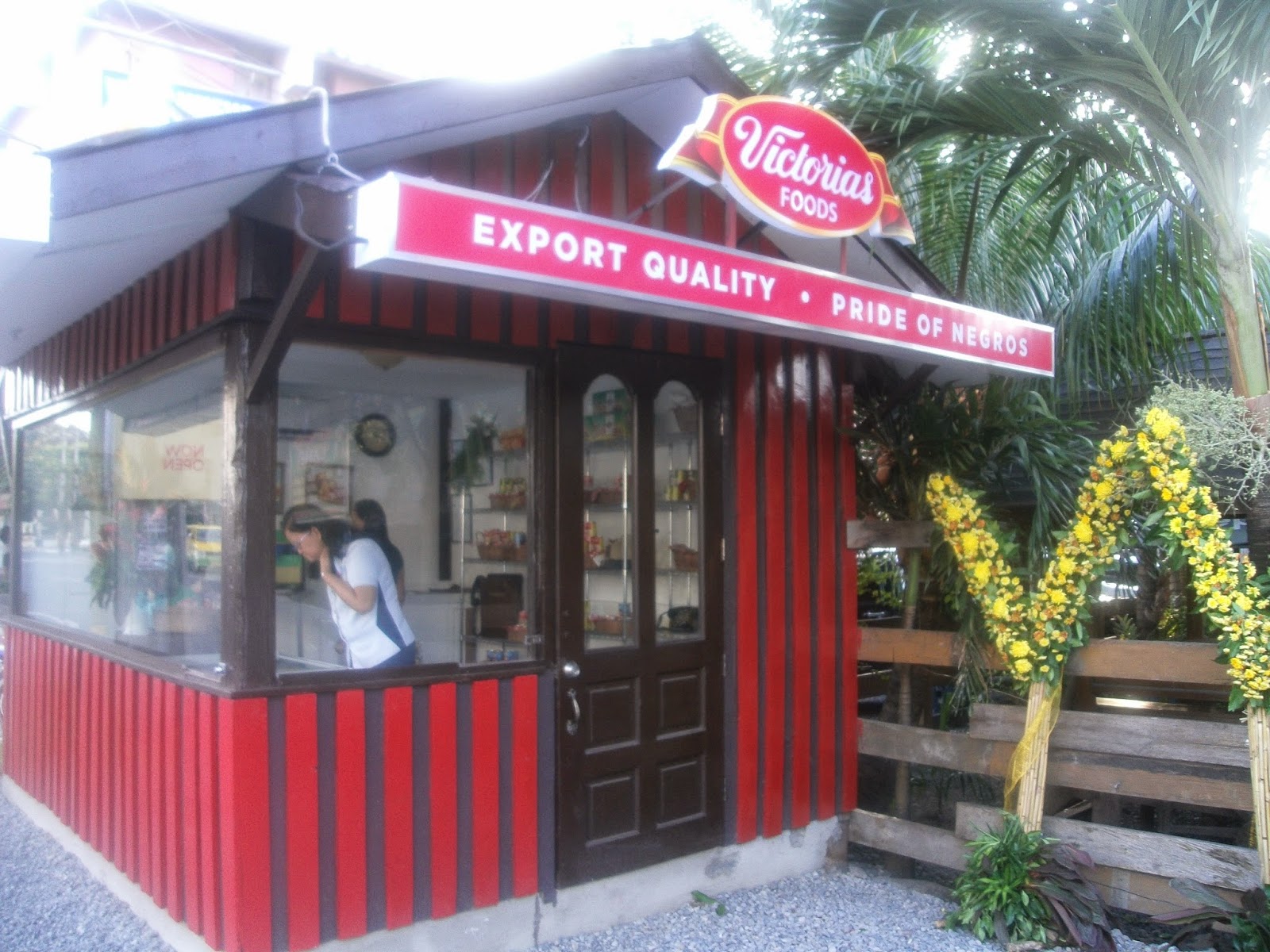 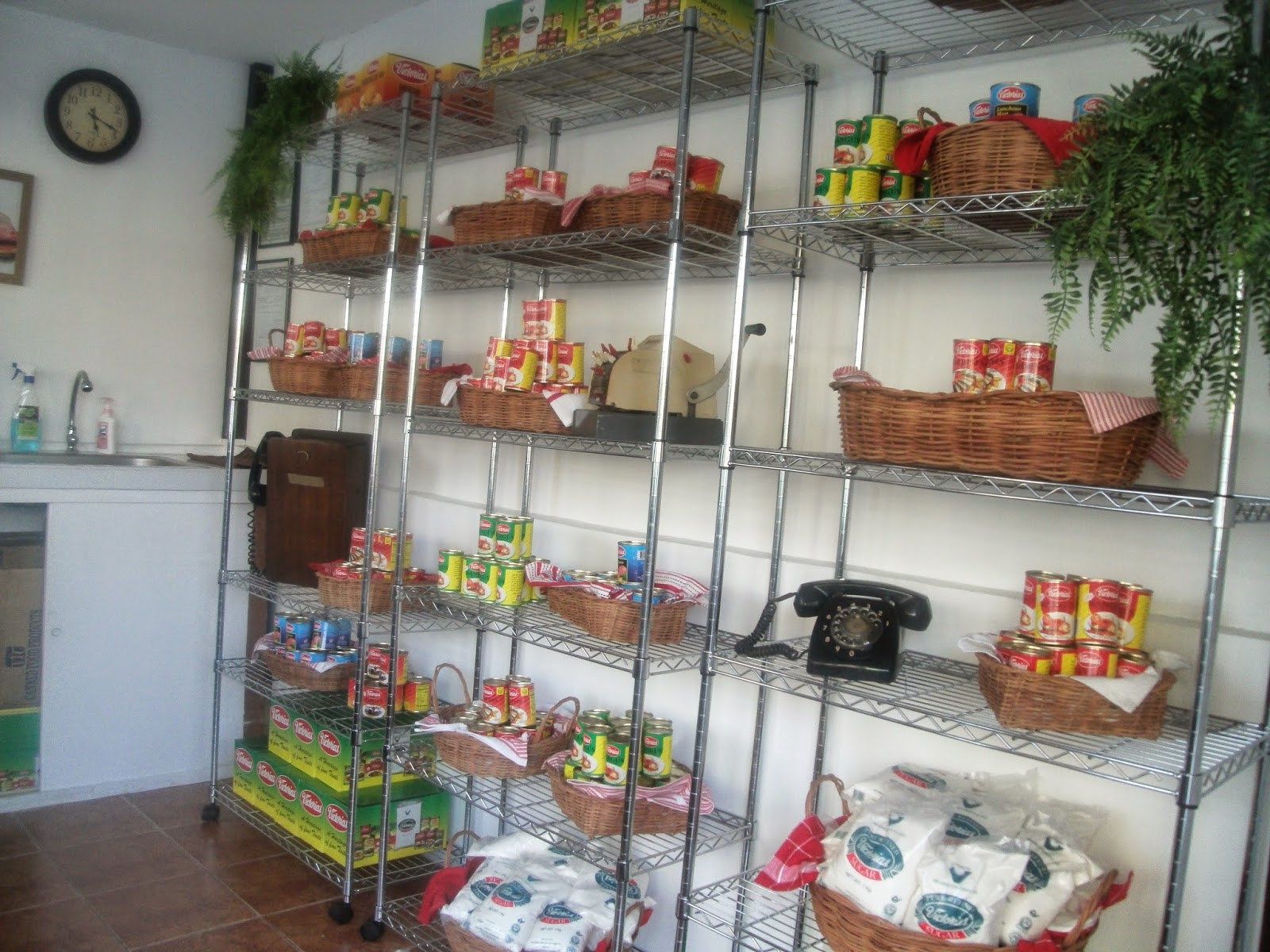 Here are the other specialty dishes developed by the BACA chefs. Recipes can be seen here and here. 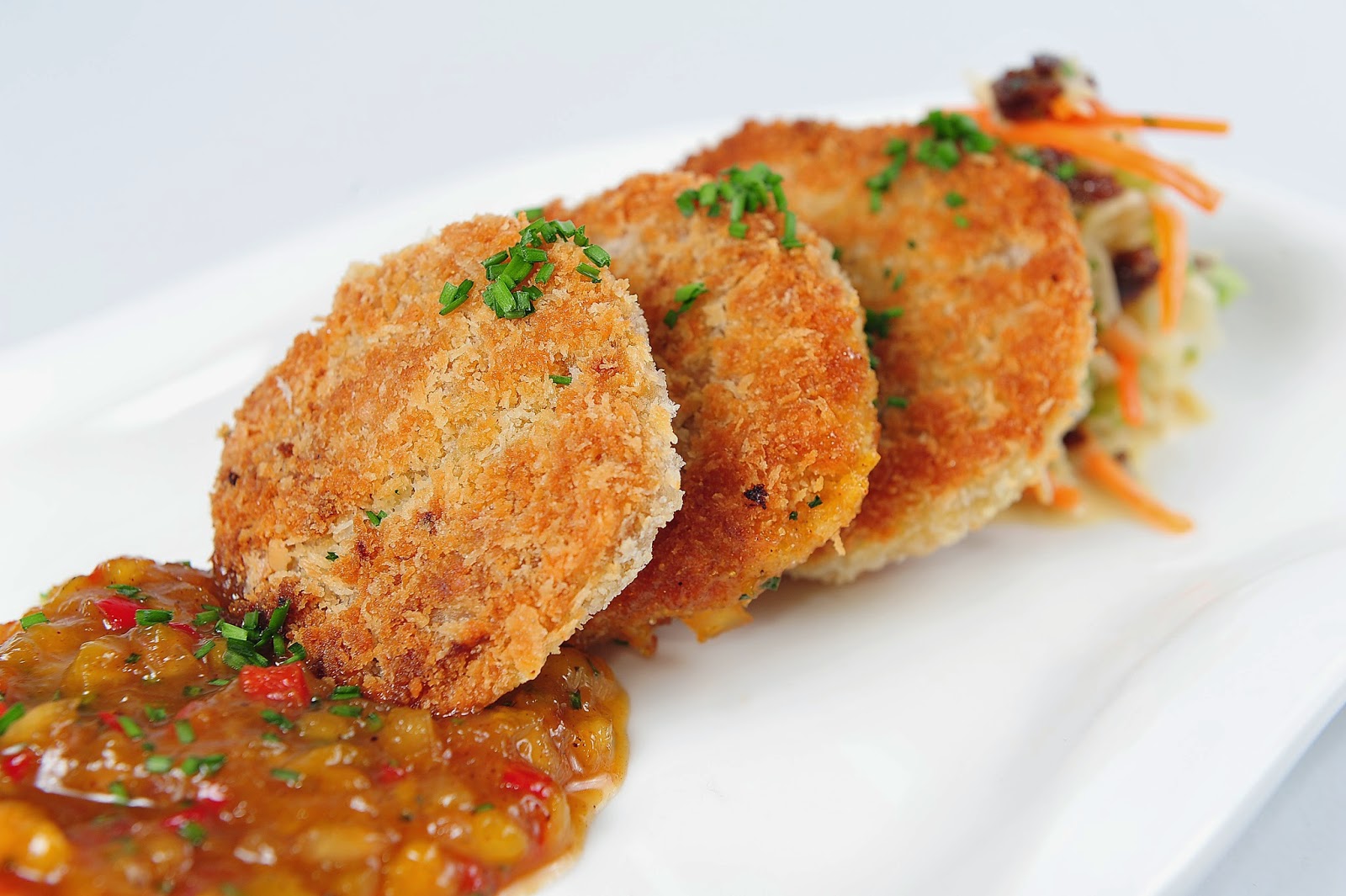 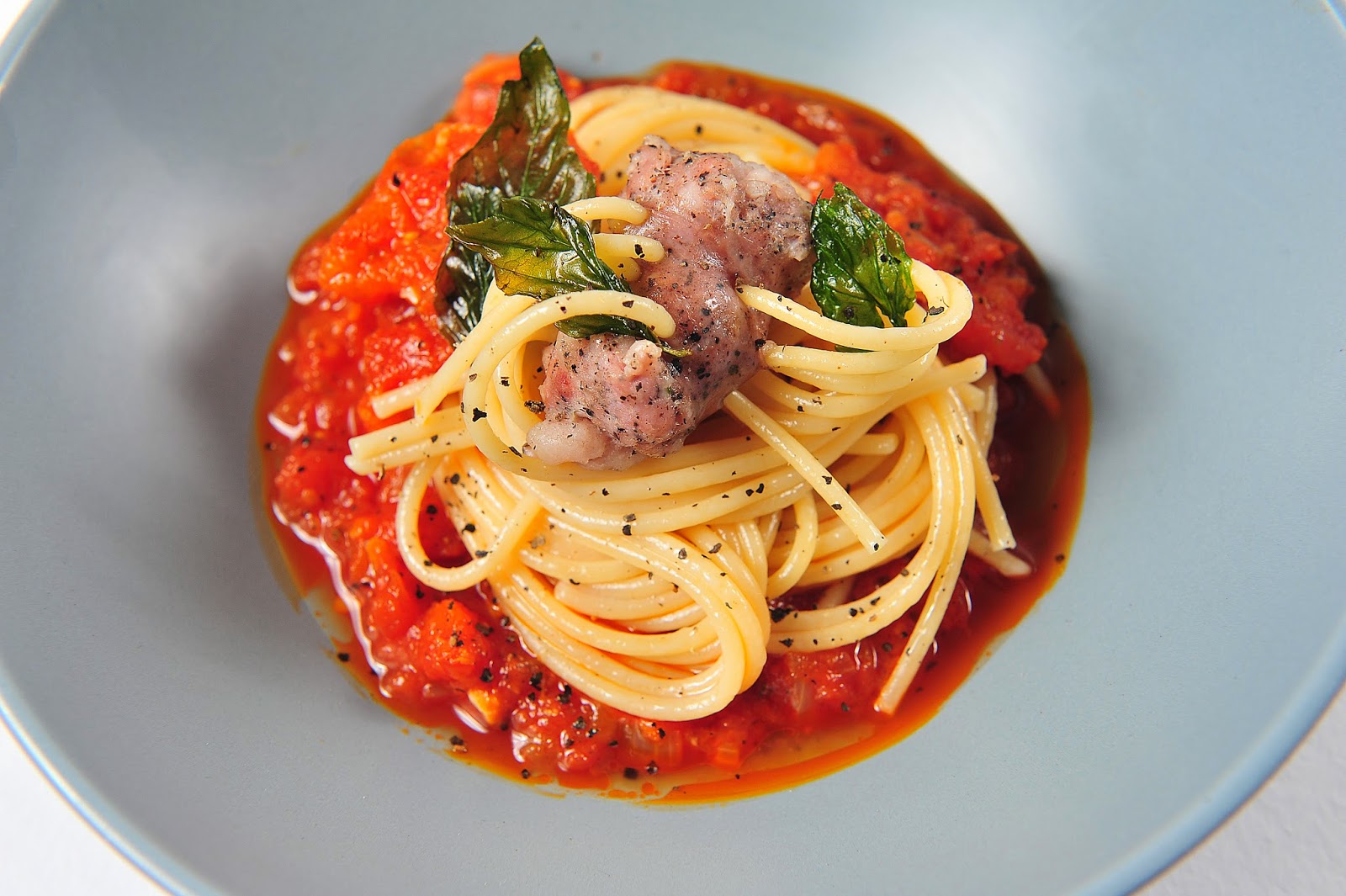 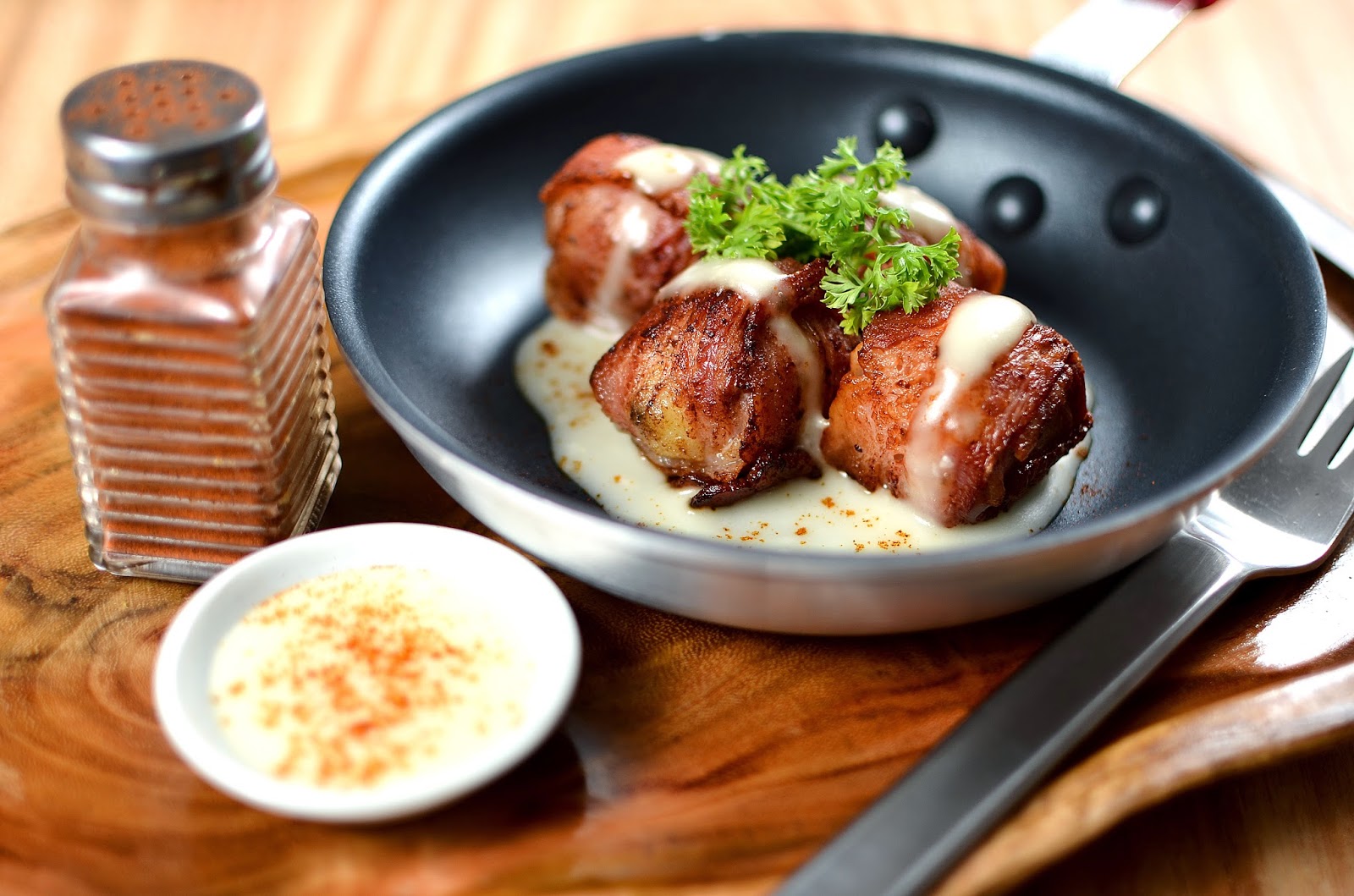 
Victorias Foods Corporation (VFC), a wholly owned subsidiary of Victorias Milling Company, Inc. (VMC), is a food company primarily engaged in the business of canned fish and meats, and the processing of meats. The processing plant is complemented with a 450-tonner cold storage facility and a spacious warehouse for raw materials and finished goods.

It made its first commercial production of Victorias brand Spanish Style Hot Sardines and Hot Bangus in the late ‘70s. New variants of Bangus and Sardines were introduced in the 90’s as consumer tastes expanded. The Luncheon Meat variant was introduced soon after and continues to be a favorite.

VFC made its breakthrough in meat processing when it launched its sweet tasting American cooked ham, smoked bacon, Chinese ham and Chorizo in the early 2000’s. Tocino and Beef Tapa now form a part of the VFC meat line.

VFC continues to source its meat only from Negros, as with its fish products in order to maintain freshness. This makes Victorias products truly and proudly Negros-made, and a premium choice pasalubong of Filipinos here and abroad.

Currently, 75% of the Victorias goods manufactured are distributed for export to the U.S., with the rest made available in selected areas in Negros.

The Dumaguete Academy for Culinary opened in 2010. It was in 2013 that BACA Director Guenther Sanin decided to expand to the other Capital City of the island: Bacolod City. The result was the opening of “Bacolod Academy for Culinary Arts” (BACA) in the Heart of the City of Bacolod.

BACA is since then, taking Culinary Education in the region to the next level. The Academy features a state-of-the-art Kitchen Laboratory and modern Lecture Rooms featuring Multi-Media support.

The Faculty of the Academy is what truly separates our Quality of Education from other Schools.

The BACA Trainings Instructors are not only professional teachers, but most importantly experienced Chefs, with years of experience in the Culinary Industry.

You can learn more about BACA here.

Most of the comments below asked if Victorias Food products can be found in Metro Manila.  This is one thing I missed to ask Mr. Unson.  I know for a fact that they have been joining the Negros Trade Fair since 2012 with plans of resuming distribution to Manila.  For interested persons, here is their address: